Jason Reynolds graduated from the one-year Audio Production and Engineering Program in 2005.

He has been freelancing for live show companies like Westbury National Show Systems Ltd. and Metalworks Production Group. He has also been a Front of House engineer at Toronto City Church and on the William Murphy III – Praise Is What I Do Tour.

Since his graduation, Reynolds has been fully involved and passionate in the field of audio and is enthusiastic about his acquired roles. When asked about his time at the Institute, Jason had this to say; “My education is definitely what made me comfortable in a studio environment.” Today, he operates his own business – Anjel Music Productions. “The purpose of Anjel Music is to help advance the gospel music industry” said Reynolds.

Reynolds current aspiration is to open his own studio.

Some of his recording and production credits include: 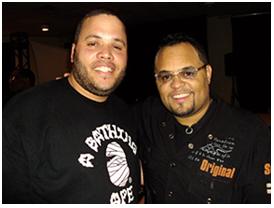