Prior to his enrollment, Adrian was a successful musician who recorded, taught, toured and performed with such acts as Hamilton’s “Poisoned Aeros” and Universal recording artists “Everything At Once”. In 2000 Adrian earned a diploma from Mohawk College’s Jazz Performance program for Guitar and continued to teach music and write for his solo projects. It is at this time that Adrian enrolled in the Audio Production & Engineering program.

Since graduating from the APE program Adrian has been able to successfully start his own business (GURNZ AUDIO ) where he teaches music and recording techniques. Presently, he has over 45 students and has taken over management duties at Oakville’s Inkling Music Studios. He has also produced and engineered an album as well as a single through Hive Studios in Hamilton and continues to write and produce his own music.

“Using the skills I learned at MWI has helped improve the quality of my lessons tremendously. Being able to record my lessons and show students how to use current technologies has made such a difference. They love it and so do I. I see many of my students continuing their music education at MWI.”

Adrian goes on to say that the Institute opened his eyes and ears to the many possibilities there are for new sounds and ways of capturing them. His education has enabled him to set up a home studio as well as a studio in his drummers house which has made rehearsals and writing so much easier for him.
“The teachers are amazing and I wouldn’t be able to have progressed as far as I have without their guidance. When the album comes out it will sound amazing.” 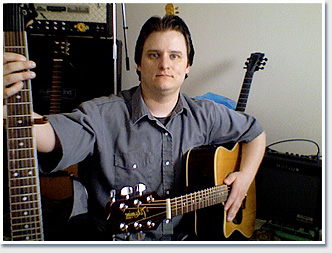